Talking About What Went Down at Iowa, the Coaching Search, and Barbasol on BHGP

I met up with HawkeyeState from BlackHeartGoldPants.com on Tuesday night to talk about Lickliter, Barta, head coach candidates for the Iowa Men's Basketball team, MARCHIFORNICATION, Barbasol, recruiting, and Marc Morehouse's gall bladder. 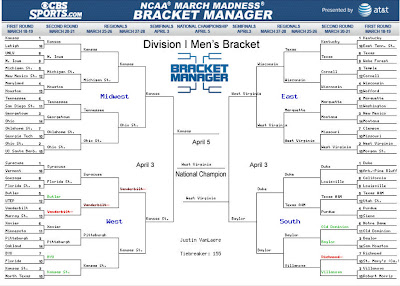 My thoughts on the Lickliter Situation up on Hawkeyenation

Should He Stay or Should He Go?

My opinion on the rumors surrounding the Iowa Basketball program and Lickliter’s future with Iowa.
Posted by Justin VanLaere at 3/14/2010 1 comment:

2010 Big Ten Tournament - Opening Round - Iowa vs. Michigan Preview / Prediction is up on Hawkeyenation.com

MEN'S BB: Ben Brust is the Player of the Year in Lake County

Congratulations go out to Iowa Hawkeye recruit, Ben Brust, in being selected as the honorary caption for Lake County. Some good quotes in the article from Ben.

He chose Iowa in July and has been proudly donning Iowa apparel almost every day since.

"It's pretty much all I ever wear," Brust laughed.

Brust says it doesn't concern him in the least that the Hawkeyes have had a rough season (10-19) and currently sit in ninth place (4-12) in the Big Ten standings.

"I've seen strides all year," Brust said of Iowa. "They've been improving all year. They have one senior and one junior playing. The rest are freshmen and sophomores. As we keep developing, I don't see why we can't win Big Ten titles and compete with the top teams."

Brust is more than ready for that challenge. And sooner rather than later.

"A big reason I chose to come to Iowa is because I feel like I have a good opportunity to step in right away and help the team. I'll bring a lot of energy and I'll be a threat to score and they need that," Brust said. "Hopefully, I'll get that chance next year. I'm getting real anxious for it."

The Iowa-bound Brust has been nothing short of spectacular all season. Often facing double teams, he was still nearly impossible to stop, averaging an area-best 24.6 points per game. He poured in a career-high 50 points twice this season, scored more than 40 points four times and more than 30 points five times. A versatile player who can score from just about anywhere, his specialty still remains the three-pointer. He hit 83 of those. "He just loves basketball. He's a gym rat," Knar said of Brust, the honorary captain of the Daily Herald's Lake County all-area team. "But for as good as he is and for as much as he's done, he's an amazingly regular guy. He is by far one of the most down-to-earth kids you'll ever meet and I think one of the things that impresses me most about him is that he's handled everything that has come his way with such grace."

Also, here's video from this past weekend. Ben took time during halftime of the Iowa-Indiana game to chat a little bit. (No making fun of my awful camera skills or penchant for saying, "Right on". Thanks) I have been thoroughly impressed with Ben during the very limited interactions I have had with him. Very humble guy, who is ready to go out and help Iowa get back to winning ballgames.